Ridding the Antipodes Islands of Mice

Problem: Mice
The Antipodes Islands host an impressive range of terrestrial birds and fauna but the arrival of mice during the 19th century impacted the wildlife which could see important species becoming endangered and threatened local extinction.

Solution: An eradication programme.
The eradication plan we developed was six years in the planning, aimed at restoring the island’s ecology and diversity. During winter 2016, 65 tonnes of Pestoff Rodent Bait 20R was applied by three helicopters in two successive bait drops. At the beginning of 2018, the island was officially declared mouse free, after extensive monitoring. This has resulted in a huge boost for the fragile ecosystem with its rare birds and fauna.

“The bait was produced and delivered on time and carefully tested to ensure all production standards were met. The condition of the bait after the 2000km journey to its destination and the outcome of the eradication was testament to the quality of the bait supplied. Orillion accommodated our production requirements and understood the importance of quality control in achieving success.“ 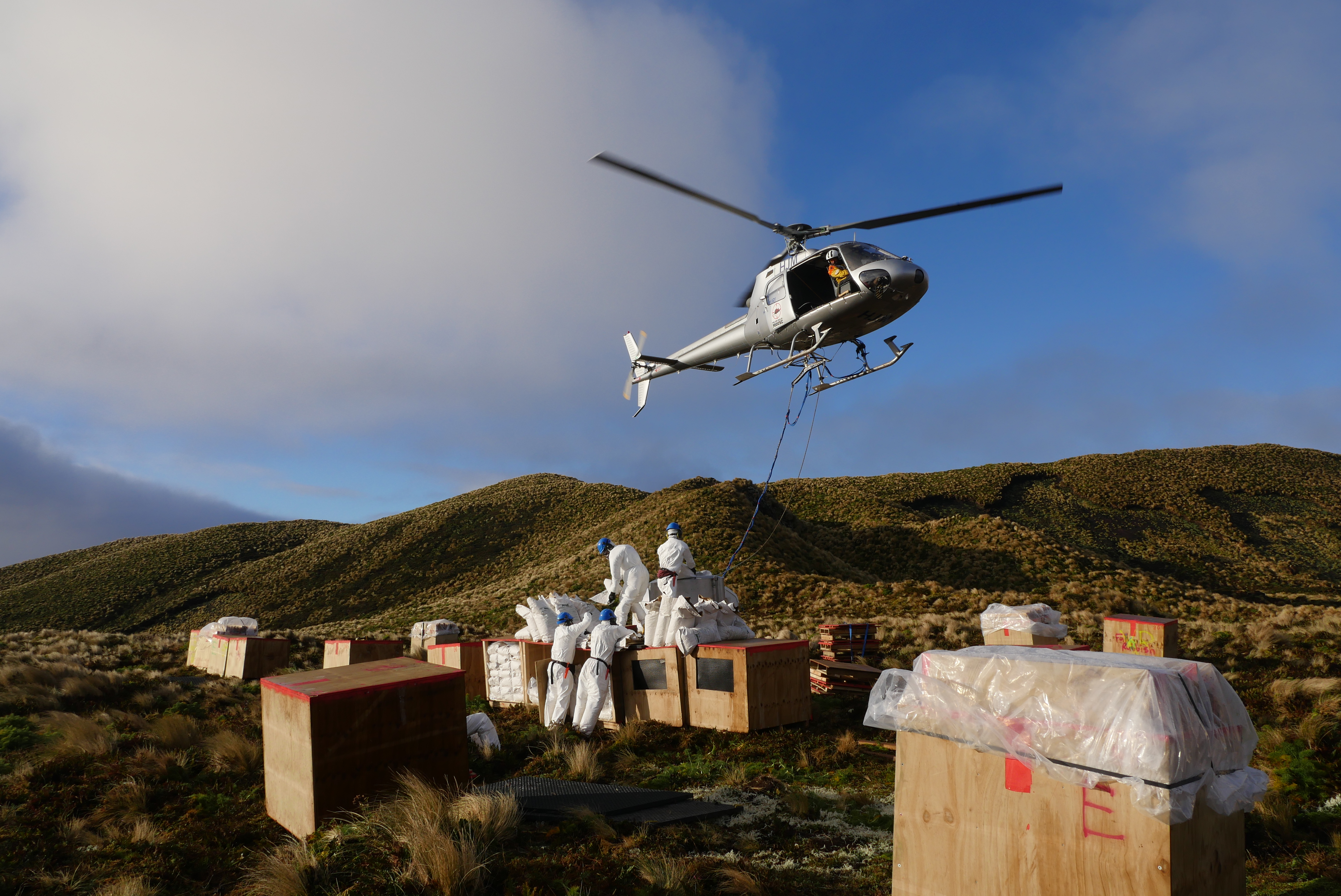 For detailed information on the science behind the use and effects of 1080 see the NZ Forest & Bird website and 1080: The Facts.